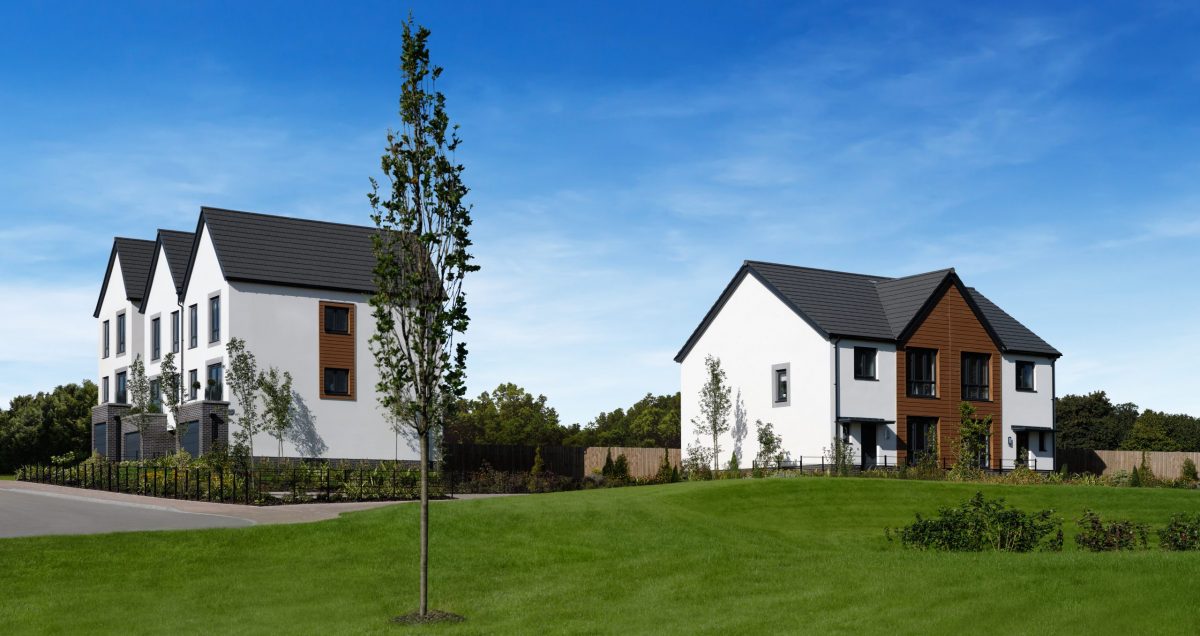 A lot has changed since the first planning permission for Plasdŵr was granted at the end of 2016. Almost five years later, the masterplan is coming to life and our new community is taking shape. Here’s how far we’ve come…

In February 2017, Redrow started work on the first homes at Parc Plymouth, to the north of Llantrisant Road in Plasdŵr’s Maesllech neighbourhood. The founding members of our new community moved into their homes in the autumn. Now, Parc Plymouth is complete, and 163 houses are occupied. Many of those founding families have now been living in their homes for almost four years.

Shortly after work began at Parc Plymouth, we started the first phase of infrastructure improvements along Llantrisant Road. Phase one was completed in autumn 2020 and phase two is now underway. This next phase will see the continued widening of Llantrisant Road between the Heol Isaf junction and Goitre Fach, the Clos Parc Radur roundabout becoming a signalised junction and two new junctions created on Clos Parc Radur to serve as entrances to a new development. There will also be a signalised junction between Clos Parc Radur and Goitre Fach along Llantrisant Road, and we’re expecting it to take approximately 18 months to complete all work.

In autumn 2017, as the first residents were preparing to move into their homes at Parc Plymouth, Redrow started work at Plasdŵr’s second development to the south of the site near St Fagans. The first residents moved into Cae St Fagans, in the Pendown neighbourhood, in early 2018. Today, 125 houses are occupied at the development and 20 more households are expected to move into their homes before the end of the year. Cae St Fagans is also where we built Plasdŵr’s first affordable housing, with other developments following suit thereafter. As the development takes shape, affordable housing will account for 30% of all the homes.

Almost a year later, in summer 2018, Bellway was announced as the first developer to build with Redrow in the Maesllech neighbourhood at Plasdŵr on the parcel of land bordering Parc Plymouth. In March of this year Bellway opened the first show homes at Rhiwlas and the first residents are now preparing to move in. The variety of housebuilders developing at Plasdŵr will help to create distinct areas of individual character as the development takes shape.

In 2019, we welcomed family-owned house builder Lewis Homes on board to build alongside Redrow and Bellway. Dôl Werdd sits in Plasdŵr’s Groeswen neighbourhood and will eventually build 56 homes. Lewis Homes has opened its sales cabin in June with the first show homes currently on schedule to open in July.

Shortly after Lewis Homes came on board, Redrow was granted planning permission for Plasdŵr’s fifth development, Cwrt Sant Ioan, where the first 50 of 215 homes are already occupied and the Plasdŵr community continues to grow and thrive.

This year we welcomed Taylor Wimpey on board to build on the parcel of land to the south of Cae St Fagans. As well as new homes, this development will see the creation of strategic cycle routes and bus routes into the city centre. These will eventually form an important part of Plasdŵr’s sustainable transport network, linking residents with neighbouring communities and wider Cardiff.

Plans are being finalised for Canol Plasdŵr/Plasdŵr Centre and the Gateway Linear Park which will form part of Plasdŵr’s main entrance from Llantrisant Road. After experiencing some delays as a result of the pandemic, we will soon also be able to provide an update on when we expect the first primary school to open.

Although we still have a long way to go, we can already see Plasdŵr taking shape. We may have created the masterplan and we – along with our developers – will be the ones to bring it to life. But, ultimately, it is the people who are already putting down roots here who will truly make Plasdŵr a community.