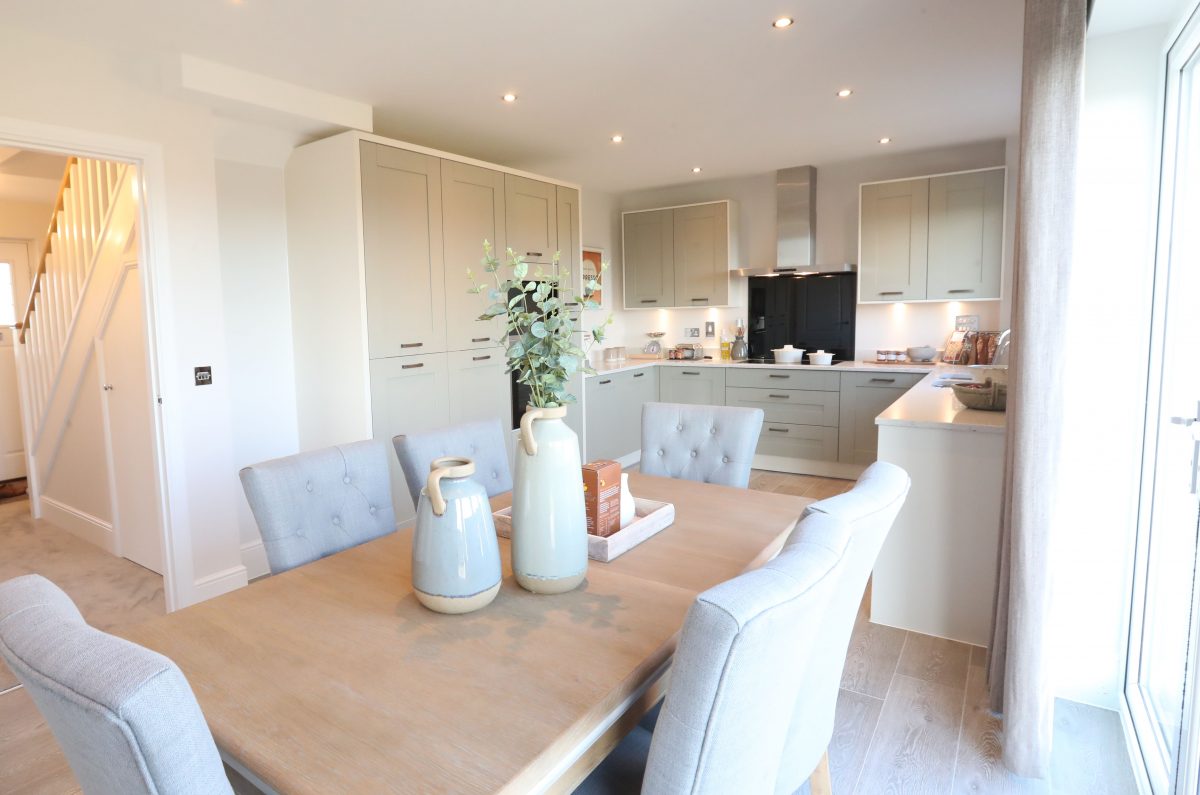 The first homes have been unveiled at Plasdŵr, Cardiff’s £2billion garden city.

Lead developer Redrow Homes has launched the first show village at its Parc Plymouth development on Llantrisant Road. Potential buyers will be able to look around the show homes from Saturday 20 January.

Parc Plymouth comprises the first homes at Plasdŵr. More than 30 homes have currently been sold off plan, out of 37 released, with six residents already moved onto the development. Redrow Homes is continuing work on the first 126 of 630 Plasdŵr homes at this 16-acre site to the north of Llantrisant Road bordering Radyr, which is expected to be complete within the next three years.

Visitors to the show village will be able to view three homes including the Highgate 5; a five bedroom two and a half storey home, the Cambridge a four bedroom property with a spacious garage and the Oxford Lifestyle a three bedroom home with an en suite in every room.

With up to 7,000 homes planned over the site bordering Radyr, Fairwater, Pentrebane and St Fagans, Plasdŵr is identified in Cardiff’s Local Development Plan as key to the city’s economic growth. It will have four distinct centres of individual character, each with a central square and primary school. There will also be a secondary school, shops, offices, health and leisure centres, pubs and restaurants.

Plasdŵr project director Wayne Rees, said: “This year will see major steps forward in the development of the first phase of Plasdŵr and the show village is a key milestone allowing people to start to visualise the new community taking shape in north west Cardiff.
“Parc Plymouth is just one of the developments currently underway, Redrow is also building 120 homes south of Pentrebane Road in the St Fagans ward and new developers will be announced at different locations later on this year.

“Plasdŵr will take years to become an established community and as more people move into the new homes, the neighbourhood will continue to grow.”

Described as a 21st Century garden city, Plasdŵr has been modelled on the original garden city movement’s principles of “fresh air, sunlight, breathing and playing room”, designed around the natural landscape and will be characterised by green open spaces which will account for approximately 40 per cent of the whole site.

Sian Mills, one of the first residents at Plasdŵr said: “We moved into our new home in November and have really settled in, it feels like we’ve lived here for years. We wanted to live in an area with a close-knit community and as the development continues to take shape we can see that emerging.

“We have two small children and they’re both really looking forward to using the parks, sports facilities, cycle paths and welcoming our new neighbours.”

As it is developed, some £73.5 million will be invested in community benefits. Developers are continuing to inform all stakeholders, including the neighbouring communities, on the construction milestones. More information on Plasdŵr can be found at www.plasdwr.co.uk.